How To Get Into Ketosis?

Ketosis diets are sometimes called ketogenic diets or very low-carb diets. Ketosis is a biochemical phenomenon which occurs during starvation or extreme carbohydrate restriction, but the word is not supposed to be confused with “ketoacidosis”, which is something that happens to diabetics when their blood sugar goes out of control.

Ketoacidosis is dangerous, but it only happens to diabetics. Ketosis is a natural phenomenon that is in no way dangerous and has some miraculous health benefits. Some people like to think that Ketosis is in some way harmful, but they are confusing these two terms.

Ketosis diets have been used in the past for controlling epileptic seizures in children who haven’t responded to any sort of medication. These diets were in common use for this purpose earlier in the 20th century. Interest in this diet plan has been reestablished for diseases such as brain cancer, obesity, diabetes and many, many more.

Low-carb, ketogenic diets have been studied and well documented with regards to obesity, and participants usually notice an appetite suppressant effect. When researchers compare low-fat to low-carb diets, they need to actively restrict calories in the low-fat group in order to achieve comparable results.

Low-carb diets are often high in saturated fat, but are still able to improve biomarkers such as HDL cholesterol, insulin resistance, triglyceride levels, and have a positive effect on LDL cholesterol patterns, changing them to large, fluffy type (good) instead of small, dense type (bad).

There are often claims about ketogenic diets being restrictive, but in many studies the people following those diets have a higher chance of completing the studies than the comparison groups (usually low-fat/high-carb diets).

Most research studies on the benefits of ketosis diets for epileptic seizures in children show a large improvement, which is especially significant since these children usually did not respond to previous medication therapy. In one study, 38% of the kids on the ketosis diet had more than a 50% reduction in the frequency of seizures while 7% had greater than a 90% reduction. A modified Atkins diet, basically an extended Atkins induction phase, showed similar results.

Carbs are the number one source of energy for your body. If they are present in the system, the body will not convert fat into Ketones. Instead, it will use up the carbs to fuel its functions. The idea is to create a deficit in your daily carb requirement. By doing this, the body and the cells will then seek other ways of providing energy and the next one on the list is to convert fatty acids into Ketone bodies.

When you adopt a low carb intake, there is a chain of events that are triggered. First, your glycogen stores are depleted which causes a drop in the levels of insulin in the body. As a result of little insulin, the fatty acids in your body can now be released from the stores in your body and converted by the liver into ketones.

Coconut oil has plenty of benefits, but in this case, we’re going to focus on its composition. Coconut oil contains fats known as Middle-chain Triglycerides (MCTs). They are special because, unlike other types of fats that have to be digested, MCTs are directly taken into the liver and converted into Ketones. This is a great way of warming up your liver and your body and preparing it to go into Ketosis. Consuming coconut oil is also an excellent way to get back into ketosis in case you lose track along the way.

Ketosis offers plenty of benefits in terms of performance especially in exercises that are related to endurance. Ironically, physical activities are also one-way ticket to getting into Ketosis. The science behind this is fairly straightforward. By exercising, you’re depleting your body’s glycogen stores (these are replenished when you eat carbs). If you minimize the carb intake, the liver increases the production of Ketones as an alternative to continue with the manufacture of energy.

To boost your ketone levels and get into Ketosis, you will need to increase your healthy fat intake. A very low carb diet will not only minimize carb intake but will also be high in fat. The goal is to ensure that your liver has ready raw materials to opt for in the production of Ketones. Because healthy fat intake is a critical part of the ketosis diet, it is vital that you consume from the best sources. These include avocado oil, butter, tallow, lard, coconut oil and olive oil.

Go on a short fast!

One of the oldest ways of getting into the Ketosis is by going for a couple of hours without eating. Research has shown that between breakfast and dinner, many people go into mild Ketosis. If you prefer not to fast, another approach would be a fat fast which mimics the effects of fasting. During fat fasting, you will be expected to consume about 1,000 calories per day with a significant amount of them coming from fat.

A ketosis diet relies extensively on an adequate protein intake with the emphasis being on the term adequate’ but not excessive. Additionally, cutting back on protein to increase your Ketone production is an unhealthy move. Proteins are essential in helping your liver make new glucose for the cells and organs like the Kidneys and brain that cannot use ketones.

Adequate protein is also essential in helping you maintain muscle mass during weight loss when the intake of carbs is low. This ensures that as much as you’re losing weight, your body stays toned. However, you should make sure that the protein intake is highly monitored since over consumption can suppress the production of Ketones.

One of the most important but highly underrated aspects of a ketogenic diet is sleep. During sleep, it is when your body produces the most ketones. Plenty of sleep affects a lot of factors within your body positively. It helps to suppress the production of cortisol hormones and, it reduces stress on the adrenal glands that control hormones and metabolism. For the best results, it is best to jump into bed at around 10 p.m.

A lack of carbohydrates means the body needs an alternate food source. So the body uses fat, specifically fatty acids, instead. The liver breaks down fats into ketone bodies, commonly referred to as ketones. When the liver releases these ketone bodies into the bloodstream for the body to use as energy, this is ketosis. Things like bread, pasta, sugar, soda, sweets and other grain or sugar-based foods are very high in carbohydrates, and are consumed more frequently and in greater amounts now than they ever were before.

The Atkins diet and the South Beach diet both rely on kicking the dieter’s body into a state of ketosis to begin the process of rapid fat-loss, since the body must use fat for energy during ketosis.

Dieters on other low-carbohydrate diets such as the Paleo diet (also called the primal or caveman diet) may also dip into and out of ketosis depending on their daily dietary choices, though inducing ketosis is not the primary goal of these diets.

Being in this condition, the brain tells your body to make reserves of glucose for emergencies only. This happens because of the lack of carbs consumption in your body. And so, the brain starts using fat storages for immediate energy needs. Sounds great, doesn’t it?

There appears to be one thing that you still are not familiar with, and it is that ketosis is described by a big number of the medical professionals as a bodily crisis. Hence, not only is it the state of carbohydrate deprivation, but it is also viewed as the crisis of the body. Therefore, before you decide to start with a ketosis diet study carefully the aforementioned instructions. These things are enough to keep your distance from this diet. However, if it’s not enough for you, let’s find out what are its side effects.

The primary side effects of a ketosis diet are general fatigue, constant tiredness and akin bodily malfunctions rendered simply because of not having enough glucose in your organism. But aside of those, it can make a permanent damage to your liver and destruct muscle tissue. I’m pretty certain you wouldn’t like feel this. But wait, that’s not all!

Considering the outcomes of a ketosis dieting, you definitely won’t be able to do even the easiest workouts. And as we all know, it is of the essence to exercise if you need to reduce weight. Moreover, you are tired all the time, you can’t do exercises because you lack energy. You are so limited in thinking what type of food to eat and what to avoid. Consequently your body must use its fat as a last resort for energy source.

Therefore, you begin straving that is mainly considered as a sort of sickness. Starvation may render long term damage to your organism and can as well influence any further efforts to slim down. Please, pay a lot of attention before you make a decision to start a new “promising” diet. All in all, ketosis diet is not genuinely a pleasant procedure.

Ketosis shouldn’t lead to a loss of muscle tissue, unless you are completely out of fat. This makes you even better at burning fat, as you retain the strength throughout your body to do so, particularly in the smaller internal muscles. When ketosis is taking place it is possible to lose up to a stone in little over a week.

The main side effects of ketosis are bad breath and sluggish mobility. Bad breath is caused due to a change in the bacteria and enzymes throughout the digestive system, and slow movement because fat is much harder to use for energy production, making you low on energy. Neither of these are likely to be harmful.

However, if you are diabetic, ketosis can lead to a condition called ketoacidosis, which results in the blood becoming more acidic. This will then cause symptoms including confusion, vomiting, and can even go as far as causing comas and death.

If you want to know if your body is carrying out ketosis, head down to your local chemist and buy ketone testing strips. These operate in a very similar way to universal indicator strips (if you can remember your old chemistry lessons) and will turn purple if ketones are contained in the urine.

There are many other diseases that may massively benefit from ketosis diets, and it is strange that these kinds of diets are not more often used for therapeutic purposes. The side effects of drugs, which are often not that effective, are most certainly a lot worse than the mild side effects and minor nuances of following a restricted diet. 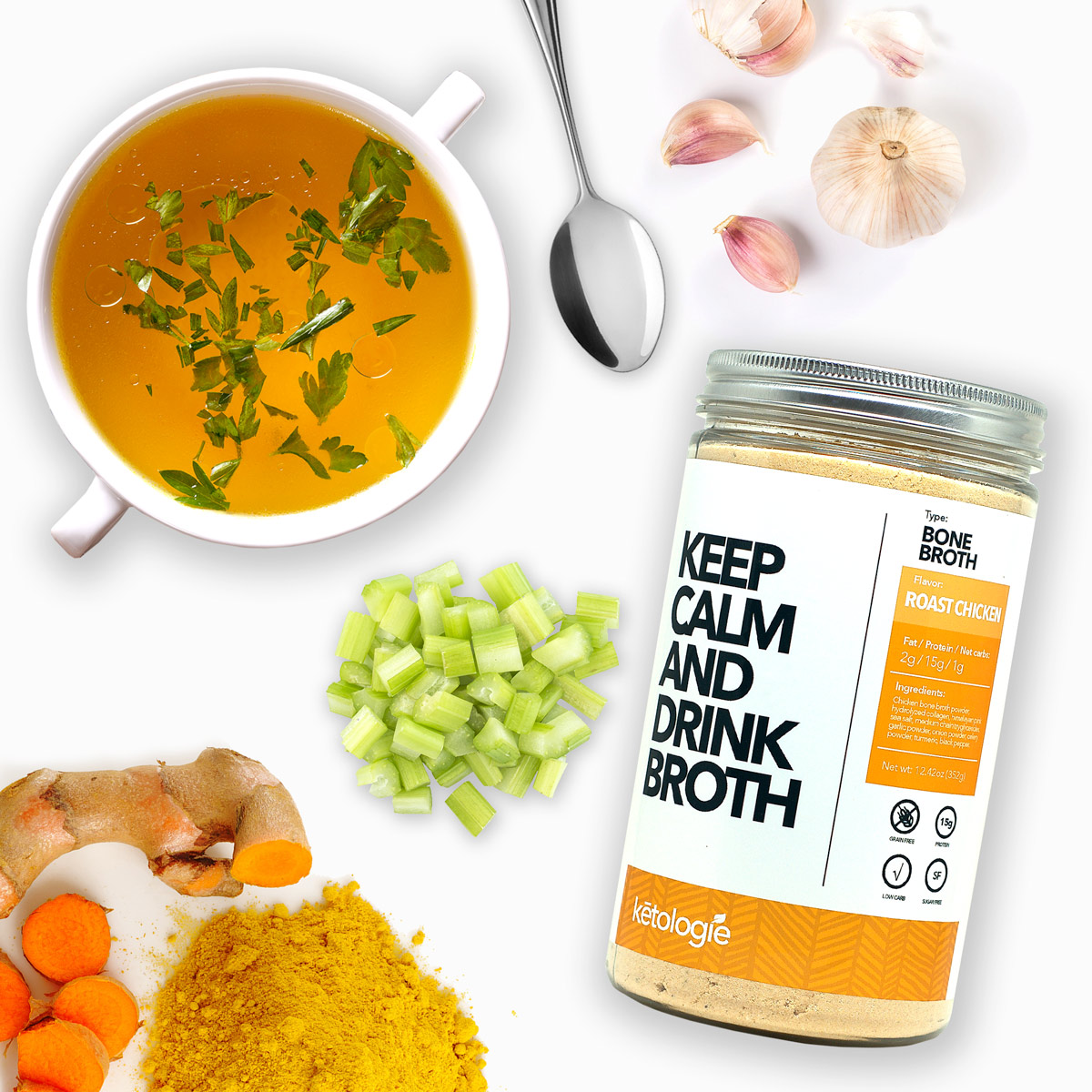